Ficitv limits files to 100MB in order to ensure that they are processed properly. There are two main reasons why we do so:

.stl files that are too large generally contain a large number of polygons, which puts too much load on the system, and the file won’t load correctly. These files generally contain unprintable geometry such as unprocessed 3D scans or non-manifold artwork pieces.

Take this model, for example: 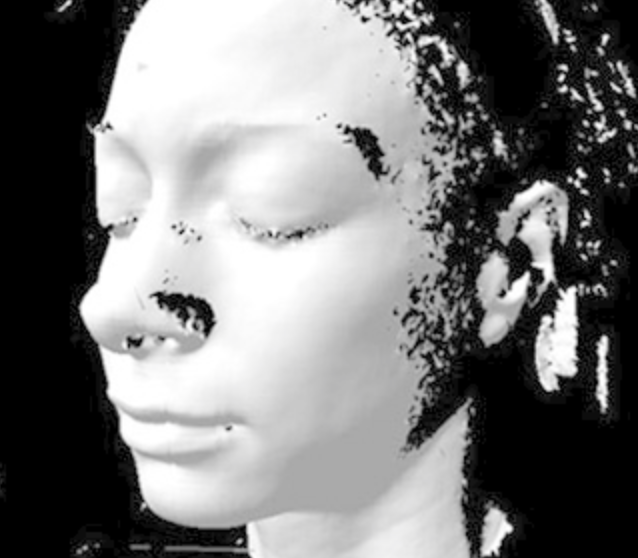 Scans like this are incredibly high resolution, and can include multiple mesh bodies, which we do not accept. Some of these mesh bodies hang in midair in the example above, which makes the part geometrically unprintable.

Avoiding Assemblies (for now, at least)

Parametric CAD files that contain more than one solid body, either because they are assemblies or have multiple configurations, are not currently supported. In order for us to properly parse the geometry of each part, as well as fairly compensate our manufacturing partners, each solid body must be contained within its own file. Single body .step files are easy to export from all major CAD packages.